You’ve probably heard a greater deal about cannabis now than you did in previous years. Well, it is true. The reason is that with the promising benefits offered mainly by medical cannabis, it has opened up a whole new possibilities for the cannabis industry as a whole. Now, people of all walks of life are giving marijuana the time of day because they often see it on the news and the talks about legalizing it has raised awareness of its existence to people who never cared about this once-taboo substance. The thing is that many people are already aware of cannabis but didn’t mind it thinking it is an illegal substance that will do you no good. Meanwhile, those who already use it buy it from the black market because first off, it is illegal, and you won’t be able to find a legit store selling it anywhere near you. 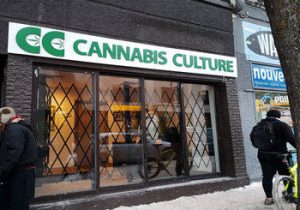 Aside from being beneficial to one’s health, cannabis is a major market commodity these days. Along with the rise of CBD-rich cannabis that lacks the psychoactive properties commonly found in the marijuana of yesteryears and in the recreational marijuana of today, medical cannabis contains a high amount of CBD, a cannabidiol responsible for the many health benefits cannabis users now enjoy. There is a catch though. People with certain conditions are the only ones allowed to use medical marijuana, so get yourself checked by your doctor first to find out if you are a good candidate for medical cannabis in the first place. And since more and more studies support medical cannabis’ claim of being good for one’s health, the public clamor to have it legalized is heard by the government and many states in the US and even in Canada too have taken the necessary steps to realize it if they have not yet done so.

Robert, 55, an IT professional based in St. Catharines, Ont., a recreational user for decades, says he now has a medical prescription and can avoid a black market he believes was tied to organized crime. The illegal market is doomed over time, he says, because every gram sold legally is a gram the black market won’t need to grow.

“Most of my friends can’t wait to purchase legally and are quite jealous that I am currently able to do that,” Robert says. “Friends who have more libertarian leanings swear they will never buy from the Ontario government (but) I bet that changes. People are lazy and follow the path of least resistance, so if they can buy a couple grams in the same shopping plaza that they are grocery shopping, they are going to do that.”

Statistics Canada data indicate about 12 per cent of Canadians aged 15 and older – or 3.6 million of us – reported in 2015 having used cannabis in the previous year, with 840,000 saying they used it most every day.

Imagine all the money the government loses because “pot” as what many used to call marijuana/cannabis is sold illegally. Now that is has been legalized in various places and many more are joining in on the bandwagon, access is no longer an issue and more people can buy it from legit sources. Aside from that, the explosion of this industry has also triggered a positive domino effect that generated jobs in the breeding/farming and even as employees in retail stores and lounges where one can smoke pot or try other cannabis variants that are all out-of-this-world if you ask me. Of course, these businesses will pay tax and the employees too, so a win-win situation definitely as these people also earn money from their cannabis business that is legalized by the government.

“It was a really encouraging result from our perspective, seeing that New Yorkers are fed up with prohibition,” Melissa Moore, deputy state director of the Drug Policy Alliance, told Newsweek.

Supporters of legalization argue it will bring positive social and economic changes to the state, including helping erase its $4.1 billion budget deficit, a strategy of taxation that 60 percent of voters supported.

“New York could generate a large amount of revenue from a legalized, taxed and regulated model as we’re seeing in other states,” said state Senator Liz Krueger, who introduced the bill to legalize.

Wherever you go, there really is a clamor to have cannabis legalized if it isn’t yet legalized in that state. In big cities, the public demand is ever growing and the need must be met especially given all the positive feedbacks cannabis is receiving. Even with recreational marijuana, it still is half as bad as alcohol and definitely not addicting, which is a major issue for some. While its use triggers a natural high, it still pales in comparison as compared to other prohibited substance that remains to be a taboo until today. And since we’ll just let the fact speak up for cannabis’ medical properties, dwelling on the economic benefits it offers is one of its major finer points. Let’s leave it to the legislators to address all key areas on concern regarding its legalization and look forward to being able to purchase one for yourself in broad daylight.