↓ Skip to Main Content
Home › Leisure › Trouble In The Arts

Trouble In The Arts

We do not always understand one another because the world is such a diverse place. We live in different geographical locations and speak different languages too. But if there is one language spoken by all regardless of race, culture, education, and status in life, it is obviously the arts. None of these factors matter in your appreciation for the arts. 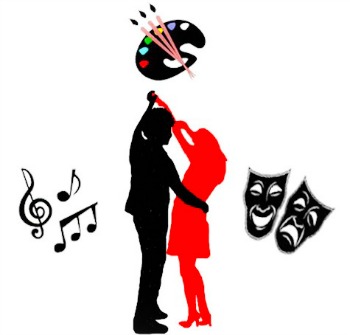 We were all born with artistic sensibilities. The art gives us a sense of calm and balance – away from the chaos of modern living and the fast pace of modern life. But not everyone knows how to appreciate its value. Since not technically considered a human necessity, the art sector will cease to enjoy big funding from the U.S. government.

New York City sees itself as the cultural capital of the nation — if not the world — but its artistic community is suddenly vulnerable to budget cuts in Washington, where the administration of President Trump is considering eliminating the National Endowment for the Arts, which provides millions of dollars each year to groups in the city.

The future is not so bright for those in the arts and everyone else who will be affected by the budget cut. We feel for struggling artists who wants to make a name in this world and give back to the world through the art pieces they make.

“The president and his cabinet are working collaboratively as we speak to create a budget that keeps the president’s promises to secure the country and prioritize taxpayer funds,” the statement said.

Losing N.E.A. funding “wouldn’t mark the end of the organization but it would be quite a hit,” Mr. Greenberg said. “We depend on every penny to make things work for us. A world without the N.E.A., not just the money aspect of it, but the idea of the government supporting culture, I think would impact us psychologically, too.”

More questions pop regarding the arts. How do brands work now with the arts in Trump’s America?

With news that President Trump plans to gut funding for the arts, it begs the question: What is the role of SXSW 30+ years later?

If you are clueless on what an SXSW is, it is an abbreviation for South by Southwest – a collaboration of inventive groups (from the music, theater, and the arts) that takes place in Austin, Texas each year.

At SXSW, the presence of brands can feel suffocating, and often draws the ire of purists. What’s been lost in the commercialization of SXSW is that the festival at its core is all about music, filmmakers, technologists… creators. For marketers, artists are the life source of our work.

Preserving and supporting the arts is as much our duty as marketers as it is in our own interests. If we can’t do it ourselves, the onus is on us to identify partners who can. The lust for art, music, and performance by the consumers we tirelessly seek favor with is undeniable. To support the arts consumers love serves the interests of all parties.

The arts need more help that it can get today if brands can’t help them anymore because many are apparently in approval of Trump’s decision to reduce art funding.

Government has no business funding art. When politicians decide which ideas deserve a boost, art is debased. When they use your money to shape the culture, they shape it in ways that make culture friendlier to government.

We can only hope that the new president makes rational and fair decisions in the policies he makes and not just because he feels like it or not. The lives of billions of people rely on his good judgment and leadership. For now, all we can do is to wait and watch whatever unfolds on the big screen of life today in Trump’s era.

Posted in Leisure Tagged with: The Arts