Medical Professionals Are Not Happy With GOP Health Proposal

We can’t deny that major changes are taking place in the country today. With the change in the political climate, we can expect that more changes are still coming our way in the months and years to come. It has been evident ever since the new president took oath and assumed the presidency. 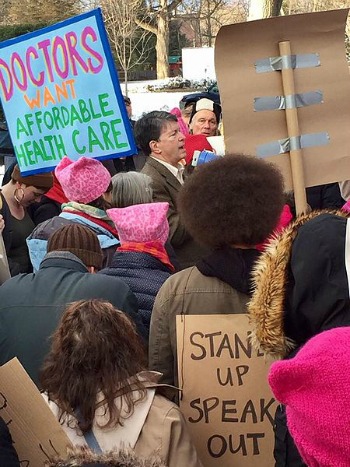 The passage of new bills concerning health care is just as controversial as Trump’s immigration and trade policies. Obamacare has been in place for the last two terms. Various medical personnel all over the country are not thrilled with the current administration’s efforts at repealing it and eventually getting it replaced. Bloomberg.com got it covered:

The Republican plan to replace Obamacare has a health problem.

On Wednesday, the U.S.’s biggest advocacy group for doctors came out against House Republicans’ legislation, while the insurance lobby expressed concerns with the bill, adding to growing opposition from the country’s top trade groups for physicians and hospitals who worry that it will leave more people uninsured or with limited coverage.

In a letter to Congress, the American Medical Association said it “cannot support the AHCA as it is currently written,” referring to the American Health Care Act, as the Republican proposal to repeal and replace the Affordable Care Act is named. The association calls itself the largest physician advocacy group in the country, and backed the nomination of Tom Price as President Donald